Protect Plants from the Cold: Find Out How

Tips for the garden, vegetable patch and balcony

Winter, cold winds and frost: all are damaging for plants in gardens, vegetable patches and on balconies. However, there are also exceptions: some plants actually thrive in low temperatures and a few even bloom in winter. Cold-hardy flowers include the Christmas rose (or hellebore), bergenias, violets, some varieties of heather and camellia, and the classic cyclamen which, however, is susceptible to frost. By contrast in the vegetable patch, it seems that frosty spells are good for typical winter vegetables such as the savoy cabbage and black cabbage.

Depending on the type of plants, the geographical location and the overall climate for the current year, it is therefore necessary to prepare protective measures in good time, so that your flora copes better during the coldest period of the year. Let's see how it’s done.

Plant protection in winter: when to start

There is no single threshold temperature below which all plants should be protected. Instead, there are minimum temperature ranges that different types of plants can tolerate according to their characteristics. One cold night won’t do any harm, but when the limit temperatures are repeated over 3–4 consecutive nights, it's time to protect your plants.

What are the most cold-tolerant garden plants? It depends on the intensity of the cold. There are cold-tolerant plants such as hardy plants that easily tolerate temperatures as low as -5°C. Here in Italy, hardy species vary by geographic area, given the climatic differences between the North and South of the country. They include conifers and many hedge and flowering shrubs such as the oleander, which generally lives very well outdoors, but in mountain areas can only be grown in pots, so that it can be moved indoors when temperatures become critical. There are also very hardy plants—roses and apple trees, for example—that cope even with extremely low temperatures (between -25 and -30°C).

In contrast to cold-hardy garden plants, tender plants only tolerate temperatures as low as 15°C. They include indoor plants, exotic flowering plants and various succulents. Halfway between hardy and tender species are semi-hardy plants such as olive and citrus trees, which can withstand temperatures down to 5-6°C.

So, when should you start protecting plants from the cold? The time of year varies greatly depending on the geographic location. For example, taking semi-hardy plants as a reference, Italian plant lovers should pay attention to the temperature as early as the first half of October in the mountainous areas of the North, and from the end of November/early December in southern and central Italy.

For garden trees and shrubs planted on the ground, if they are hardy plants endemic to the climatic zone where they are planted, they do not need to be protected in winter. If, on the other hand, they were transplanted in previous months, if they are not hardy plants or if they are outside of their ideal climatic zone, we recommend protecting the roots and the collar (the delicate transition point between root and stem) with a mulch based on organic material. Mulching is a good way to protect even the herbaceous perennials that cover flower beds.

For mulching you can use whatever is available in the surrounding garden, countryside or woodland: dry leaves collected with a rake or blower (such as the new Efco SA 2500 model), dry grass clippings collected from mowing in past seasons with a lawnmower or brushcutter (like the new DSH 2500 S), immature compost and even peat, straw, sawdust or pieces of bark.

You can use sawdust produced by a chainsaw when pruning, cutting firewood or doing DIY, such as sawing a log into planks. Avoid sawdust from fruit crates, pallets or other painted or treated wood.

In addition to mulching, you can protect the foliage of trees and shrubs using plastic sheeting (including bubble wrap) or non-woven fabric (NWF):

Leave the top of the plant free, but cover it in the event of rain or snow. If you prefer to enclose the plant completely or use plastic bags instead of frost covers, remember to perforate them to prevent excessive condensation from forming. If you are using NWF bags, they don't need perforating because the material is breathable.

To protect garden plants from the cold you can also build cold frames, which are tunnels made from plastic sheeting supported by arched hoops. 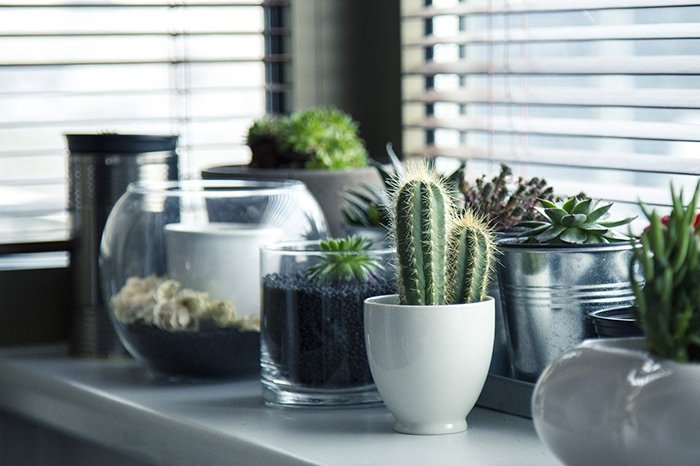 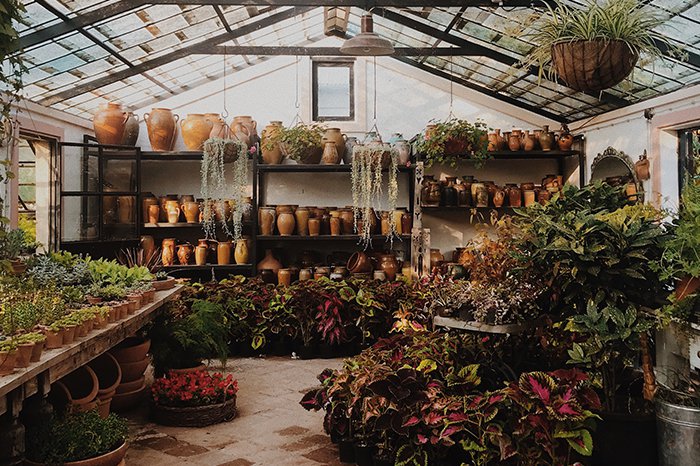 How to protect balcony plants from the cold

Unlike plants grown on the ground, in winter potted plants are more at risk because they don’t benefit from the heat retained by the soil. To protect potted plants from the cold you can put them under cover, if you are lucky enough to have space you can use as a potted plant shelter, such as:

If you don't have enough space, or if you can't move the pots because they are too heavy, you can leave the plants outside and protect the pot and foliage using similar methods to those described for garden plants:

After having "cocooned" your plants, you can further protect them from the cold by moving the pots to the most sheltered part of the balcony, ideally under cover.

Finally, how should you protect plants such as lemon trees from the cold? If kept in pots (as is typically the case in northern Italy), you can move the lemon plants to a sheltered room such as a lemonary, an ordinary garden greenhouse or any bright and unheated environment (8-12°C). Alternatively, you can protect the foliage and pot using the methods we described earlier. You can also move the plant closer to a south-facing wall, so that it is shielded from cold winds.

The benefits of topping, when to do it and why

On tomatoes, cucurbits and vines

DIY wooden fence: here's how to build one cheaply

All you need is some wood and basic carpentry skills

Ideal for tending your garden and clearing thick, impenetrable vege...